NEWS
You are here: Home >>> Education >>> The Peace Group of Schools and Colleges 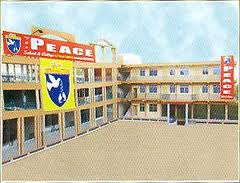 In 2001. The PEACE School started its setup under the Title of New Roots Montessori School to serve the ever-growing demand of a standard institute in Nowshera. To steer the nation into 21st Century with a sense of pride and achievement, the Education Sector must have such institutes which could produce the leading individuals for society. The PEACE School was a step in this direction and was planned to develop as a major educational center of excellence in Nowshera.

The PEACE school hit the first touchstone of its journey when the matriculation result of2008 was announced hi the very first examination. The PEACE School came up with snatching two of the in top ten Position s of BISE Mardan, Besides, 90% of students scored A+ Grade and 10% A Grade.

Hence The Peace School stood as the top school in BISE Mardan.