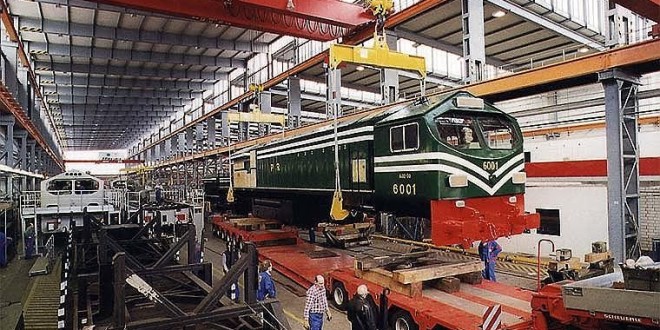 The Pakistan Locomotive Factory at Risalpur, a public spread on an area of 251 acres (102 ha), was put into service in 1992 with the collaboration of Government of Japan at a total cost of Rs.2284.00 million, including a foreign exchange component of Rs.1496.00 million. The factory can produce two diesel-electric locomotives per month on single-shift basis, but this can be doubled by introducing a second working shift. The factory is equipped with the state-of-the-art equipment which can be employed in the building of diesel-electric locomotives of suitable horsepower, as well as electric locomotives with minor adjustments.