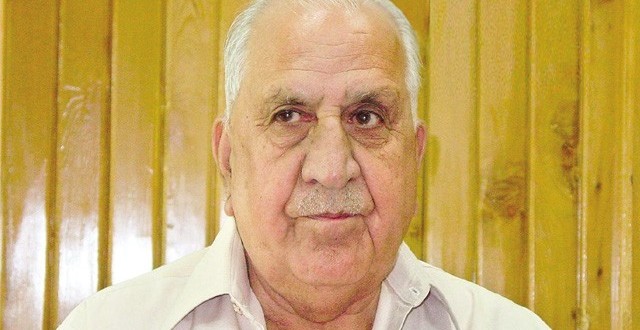 Major-General Naseerullah Khan Babar ( born 1928—10 January 2011) is famous because of Operation against terrorists in Karachi. He was a retired 2-star general officer in the Pakistan Army, and later career military officer-turned statesman from, the Pakistan Peoples Party. In 1975, Babar took the early voluntarily retirement from the Pakistan Army to start his political career and joined the Pakistan Peoples Party immediately after retiring. A leading member of Pakistan People’s Party, Babar was born in Pirpiai, North-West Frontier Province, British Indian Empire. His family is from the Babar tribe of Pakhtuns and hails from the village of Pirpiai in district Nowshera.

Having started his career in 1948, Babar rose to become a 2-star general and led Frontier Corps as its Commandant in 1974. During 1974, Babar was tasked to fund and train Afghan mujahedin, by the order of Bhutto, in order to suppress the government of Davood Khan, and disbandment of Pashtunistan policies led by the government of Davood Khan. This operation was a complete and ultimate success after which Baber proceeded to retire from the army, in order to start his career in politics. However, the operation took a new direction when he became governor of the Khyber-Pakhtunkhwa from 1975 to 1977 under Zulfiqar Ali Bhutto’s government until his term was cut short due to Operation Fair Play— a clandestine operation undertaken to remove Bhutto. In 1988, Babar was the “Special Advisor on Internal Affairs” in Benazir Bhutto’s first government and between 1993 till 1996, Babar was appointed and tenured as the Interior Minister during Benazir Bhutto’s second government where he supervised and successfully contended the Operation Blue Fox.