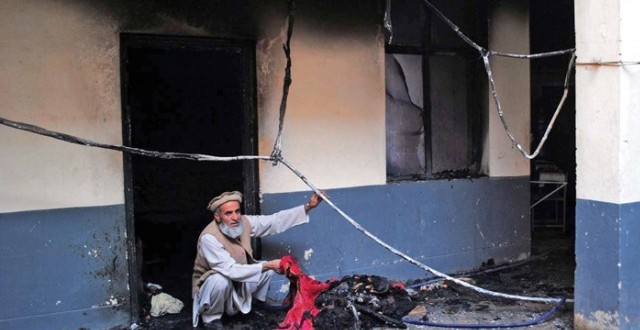 On Wednesday, campus police presented the students in front of Judicial Magistrate Fayaz Khan and the investigation officer informed the court their one-day physical remand had expired but the police needed further information which is why the remand should be extended for 10 days.

However, Judge Khan turned down their request for a physical remand and instead sent the students to Central Jail Peshawar on judicial remand for 14 days.

The accused students of UoP were identified as Farman, Ihtisham, Shabir, Zeeshan, Hanif, Kashif, Muhammad Anwer and Shah Hussain. They were charged under Sections 380, 427, 435, 436, 149, 148, 295b and 506 of Criminal Procedure Code. They are accused of arson as well as damaging government property.

The conflict between the student wings of the Awami National Party and Jamaat-e-Islami began on February 14, reportedly over the celebration of Valentine’s Day and Haya Day in UoP.

Tagged with: University of Peshawar Crises