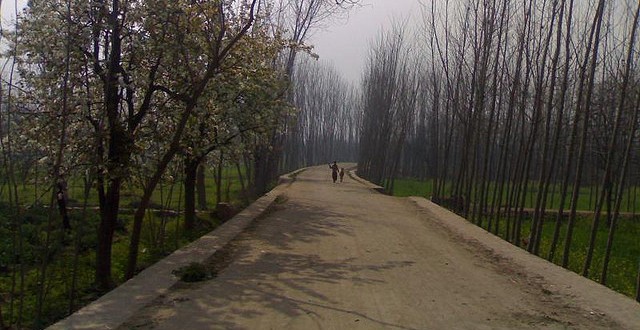 Akbarpura, or Akbarpūra, is a village, roughly 13 miles (21 km) northeast of the city of Peshawar, in Nowshera District of northern Pakistan.  Akbarpura is named after the Mughal King Akbar the Great, who camped here before going to Afghanistan. It was known originally as Sapalikhera. Akbarpura is noted for its Sufi shrines including those of Akhund Panju Baba, Nanga Baba, and Nadan Shaheed and the most prominent personality who lived here was Qazi-ul-quzza Shams ul Ulama Qazi Syed Mir Ahmad Shah Rizwani, wrote about 173 Books in Pushto, Urdu, English and Persian. The main river is the Bara River, which flows right through the middle of the village. It originates in the Terah Valley of Bara Tehsil. The Kabul River also flows in the northern part of the village.